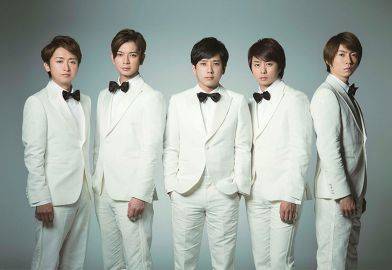 Johnny's annual countdown live will be held on December 31st at Tokyo Dome. The concert will be hosted by Arashi and it will live broadcast via Fuji TV.

This year's countdown live will feature a special medley by KinKi Kids, who celebrate their 20th anniversary in 2016. Hey! Say! JUMP will also join the event from their own countdown live, which will be held at the same time at Kyocera Dome Osaka.

This will mark Arashi's first time appearing at the event since 2009. Member Aiba Masaki commented, "I have a feeling we will be able to have the best end to 2015 and the best start to 2016 with the best members!"