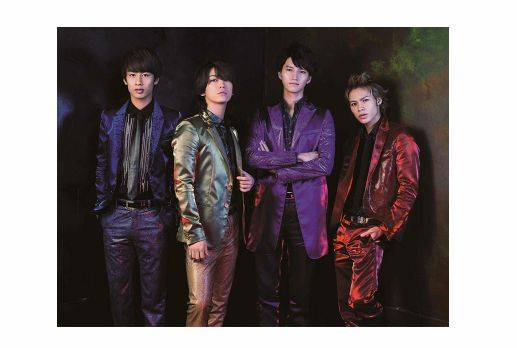 On November 24, KAT-TUN member Taguchi Junnosuke announced that he will be leaving the group and Johnny & Associates, Inc. next spring.
He made the announcement at the group's live performance for NTV's special music program "Best Artist 2015."

Right before KAT-TUN's performance, Taguchi stated, "I'm sorry for this sudden announcement, but I have an announcement to make. I, Taguchi Junnosuke, will be leaving KAT-TUN next spring, and also from Johnny & Associates."

While big screams were breaking out in the audience, he continued, "As I'm almost 30 years old, I considered the way of my life in the future, and I have chosen my way, though I'm really sorry for the members. To you fans who have been supporting me until now, and all the people concerned, I am very grateful. Thank you very much."

Then, a fellow member Kamenashi Kazuya took the microphone, and said, "First of all, we are really sorry for this sudden announcement. Also, as this is not the first time for a thing like this to happen to our group, I feel really terrible to people involved and you fans for causing much trouble and worry. We are sorry."
Kamenashi also apologized to the NTV, the program's staff, and other artists who appeared on the program, as well as the viewers.

On the same day, Johnny & Associates, Inc. also released a comment on their official site, "We have agreed that our company and KAT-TUN member Taguchi Junnosuke would not renew the contract. Making this announcement at this timing which is about to be the group's 10th anniversary year, we apologize heartily to the fans who are supporting. We also want to apologize to people involved for all the troubles we have caused."

Regarding the timing for Taguchi's withdrawal, the statement wrote, "We will decide when would be the right timing on the program he makes a regular appearance, to have the least impact."

They also mentioned KAT-TUN's future activities, "We are not planning to disband the group, but we will make another announcement at a later date regarding their future activities after discussing the best course of action for the rest of the members."

Source: Oricon (1+2)
Image: Johnny's net
Thanks to minlilin for the tip!