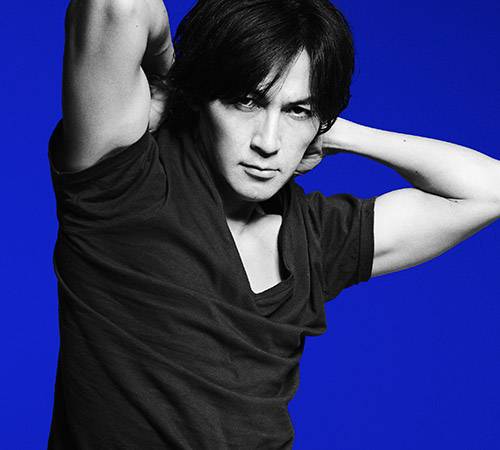 The last solo single that Inaba released was "Okay" about five and a half years ago in June of 2010. "Hane" will be used as the opening theme for NTV's anime "Meitantei Conan" starting January 9. Takasaki Akira (LOUDNESS) plays the guitar in the song. Besides this song, the single will include "Suiro", "Symphony #9", and "BLEED" which is the main theme song for Playstation game "Ryu ga Gotoku".

The Limited Edition will come with a DVD or Blu-ray that contains footage from Inaba's premium live "Koshi Inaba LIVE 2014 ?en-ball?" which was held in June at Stellar Ball in Tokyo. This footage was not included in the live DVD / Blu-ray released on November 18.

In addition, Inaba will collaborate with "Ryu ga Gotoku Kiwami" for a "Ryu ga Gotoku Edition". It will come with a DVD or Blu-ray, which will include a music video of the game's first theme song "Receive You" rearranged by Inaba. It will also contain an interview between Inaba and "Ryu ga Gotoku" producer Nagoshi Toshihiro.