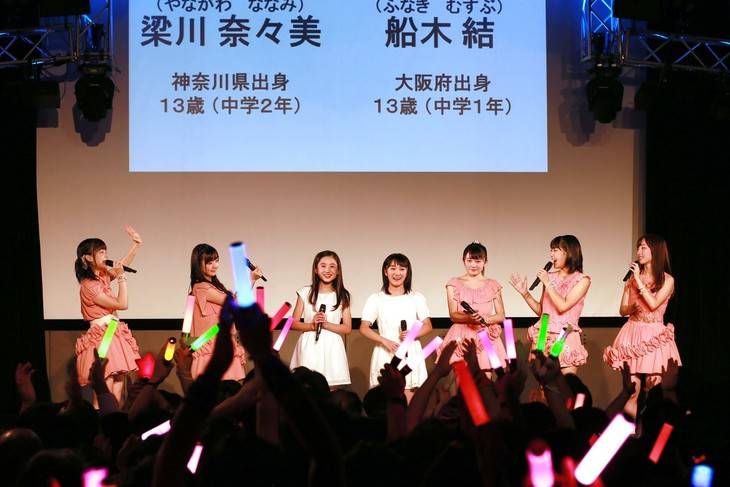 This announcement was made on November 5 during Country Girls' event "Country Girls 1st Anniversary Event & Revival Festival for Tsugunaga Momoko" at Shinjuku ReNY. The event started with a live by four members, Yamaki Risa, Inaba Manaka, Morito Chisaki, and Ozeki Mai. When the girls started to perform their third song "Shining Itoshiki Anata", Tsugunaga, who had put her activities on hold since October, appeared on stage calling out, "Wait a minute!" She then announced to her fans, "I, Tsugunaga Momoko, have completely recovered!"

During the second half of the event, it was announced that two new members would be joining Country Girls. As the crowd roared with excitement, Tsugunaga called Funaki and Yanagawa onto the stage. Yanagawa greeted the audience saying, "I want to become an idol like Momochi senpai, who is known by everyone," while Funaki stated, "I am the youngest and shortest in Hello! Project, but I want to give a performance that will make you forget about my shortness."

Then, Tsugunaga read a letter from the group's supervisor Satoda Mai. Regarding the addition of new members, she explained, "In order to power up even more to become a group that is recognized around the world." After the new members left the stage and the group performed "Wakatteiru no ni Gomen ne" energetically.