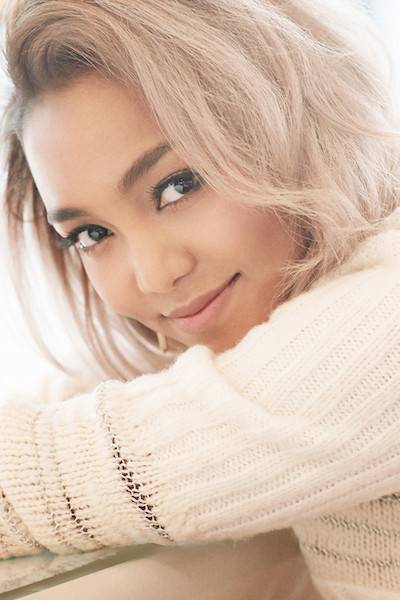 Crystal Kay's new album "Shine" is scheduled for release on December 16. It's been revealed that her collaboration song with Sandaime J Soul Brothers' Imaichi Ryuji will be included in this album.

"Shine" comes about three and a half years since Crystal released her last album. Through the album's title, the singer hopes to tell people who try to live their lives positively to "shine!" The jacket cover for this album was shot in her hometown of Yokohama.

For this album, Crystal collaborated with Imaichi to cover Debra Laws' 1980s hit song "Very Special". This song was chosen as Crystal wanted to go back to her roots of R&B. Because the original song was sung by Debra and her brother Ronnie, Crystal reached out to Imaichi for a collaboration.

On her duet with Imaichi, Crystal commented, "This year, as I was watching Imaichi-san sing during one of his concerts, I could see that he was sincerely making efforts to 'deliver,' and this is why I sounded him out for a collaboration." Imaichi, who received the offer, stated, "I want everyone to enjoy an atmosphere different from Sandaime as well as my collaboration with Crystal Kay-san."

Besides this song, "Shine" will include "Nando Demo", which is the insert song for Fuji TV's drama "Otona Joshi" and her collaboration song with Amuro Namie "REVOLUTION".

In addition, Crystal will hold a solo live tour in 2016. More details on the tour will be revealed at a later date.