DAIGO to make regular appearance in a drama after 7 years 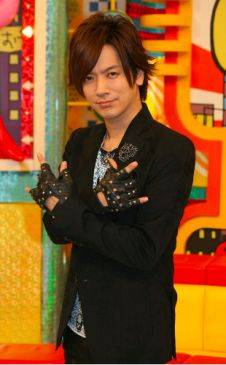 On the November 10th live broadcast of NTV's "Kayou Surprise", it was announced that singer DAIGO would be starring in the new drama "Higanbana - Keishicho Sosa Nana ka" starting next January.

The drama stars actress Horikita Maki, and it tells the story of an all-female detective team. DAIGO will play a journalist named Kikuchi Kento, who was involved in the protagonist Kinomiya Nagisa's (Horikita) past.

This will mark DAIGO's first time making a regular appearance in a drama in about 7 years. His last regular drama was TBS' "Love Shuffle" in 2009. He commented, "My earnest wish has come true, so I will do my best to add grace [to the drama]."

Source & Image: Sports Hochi
Thanks to Karen Pang for the tip!