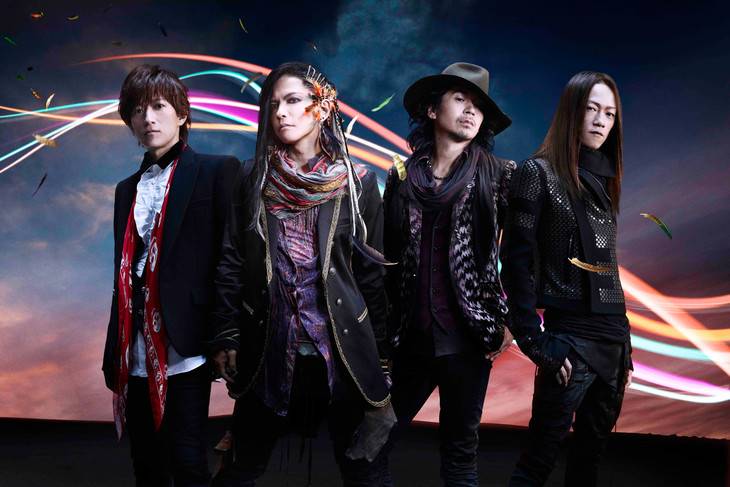 The details on L'Arc~en~Ciel's new single "Wings Flap", which will drop in stores on December 23, have been revealed.

In association with the song's title, the jacket covers were designed with the motif "wings". Likewise, the band's new artist photo shows wings falling from the sky.

The title track "Wings Flap" was composed by ken (G) and hyde (Vo). As the coupling track, it will include "HONEY -L'Acoustic version-" produced by hyde.