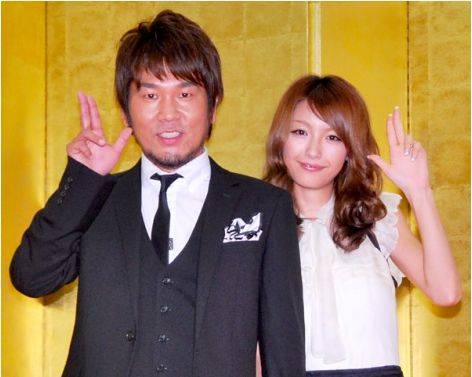 On November 3, comedian Fujimoto Toshifumi (44) and talento Kinoshita Yukina (27) announced the birth of their second child.

According to the fax announcement, Kinoshita gave birth to a 2,798 gram (6 lbs 3 oz) baby girl. Both mother and baby are in healthy condition. Fujimoto was also able to witness the birth of their new daughter.

In a joint statement, the couple said, "Like our first daughter, we will raise her with a lot of love. It would make us happy if you would watch over us warmly."

Fujimoto and Kinoshita married in August of 2010 and welcomed their first daughter two years later. Kinoshita announced her second pregnancy when she appeared on a television program in May.