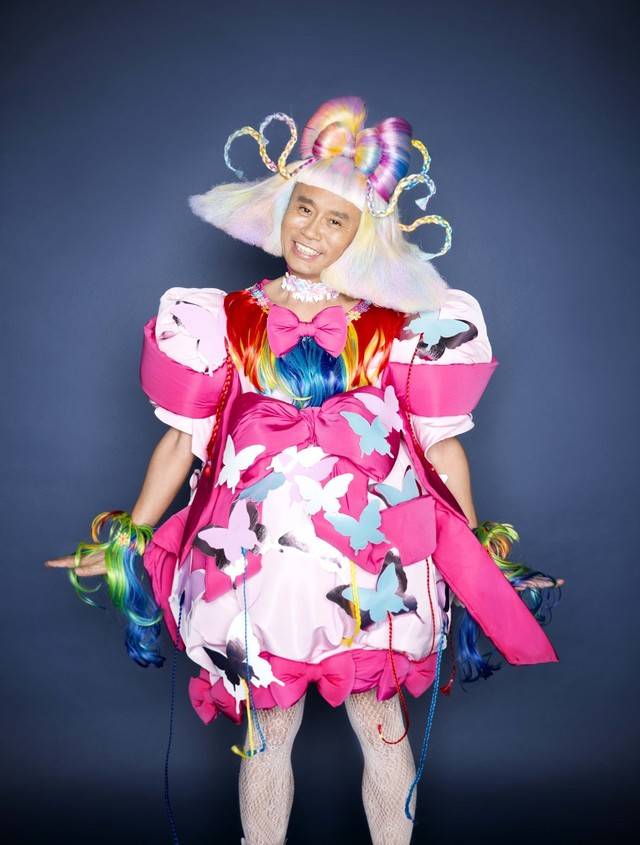 Comedian Hamada Masatoshi of Downtown will make his CD debut as Hamada Bamyu Bamyu on December 16.

Hamada Bamyu Bamyu is an idol character resembling Kyary Pamyu Pamyu that was created through a project for NTV's "Downtown no Gaki no Tsukai ya Arahende!!". Last month, Kyary's music producer Nakata Yasutaka (CAPSULE) and art director Masuda Sebastian appeared on the show, and announced that they would produce Hamada Bamyu Bamyu.

For Hamada Bamyu Bamyu, Nakata wrote the song "Nandeyanennen". It's described as a charming song filled with humor. In addition, the jacket cover designed by Masuda features Hamada surrounded by cute and colorful things.

On the November 22nd broadcast of "Gaki no Tsukai", Hamada will reveal the entire song and a portion of its music video. The song will be available for download via Recochoku and iTunes in Japan on November 23, then later in 110 countries.