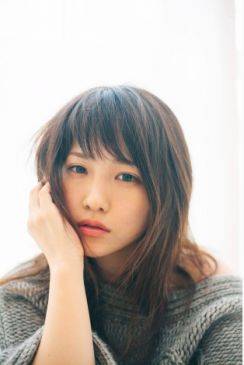 Kawaei Rina, who graduated from AKB48 in August, will release her first photo essay "Korekara" on January 20 of next year.

The book was put together to commemorate Kawaei's graduation from AKB48. "Since it's my first, I frankly talk about my intentions and thoughts," she said.

In the photo essay, Kawaei addresses AKB48's love ban, "AKB48 has a love ban, but I think it's okay as long as no one finds out. Once it's exposed, it's not okay. But I think it's okay if you love him so much that you don't care about it being exposed." On marriage, she states, "If possible, I want to get married at 27 and have a normal family."

Regarding the publication of her book, AKB48 producer Akimoto Yasushi commented, "She was known for her 'obaka' (stupid) character, but actually, she is very sharp and wise." He added, "I am looking forward to 'Korekara'." (Akimoto refers to two things; Kawaei's photo essay and her future.)

In addition to 27 essays, the book will include many photos shot during the summer in Hayama and Kitakamakura in Kanagawa.