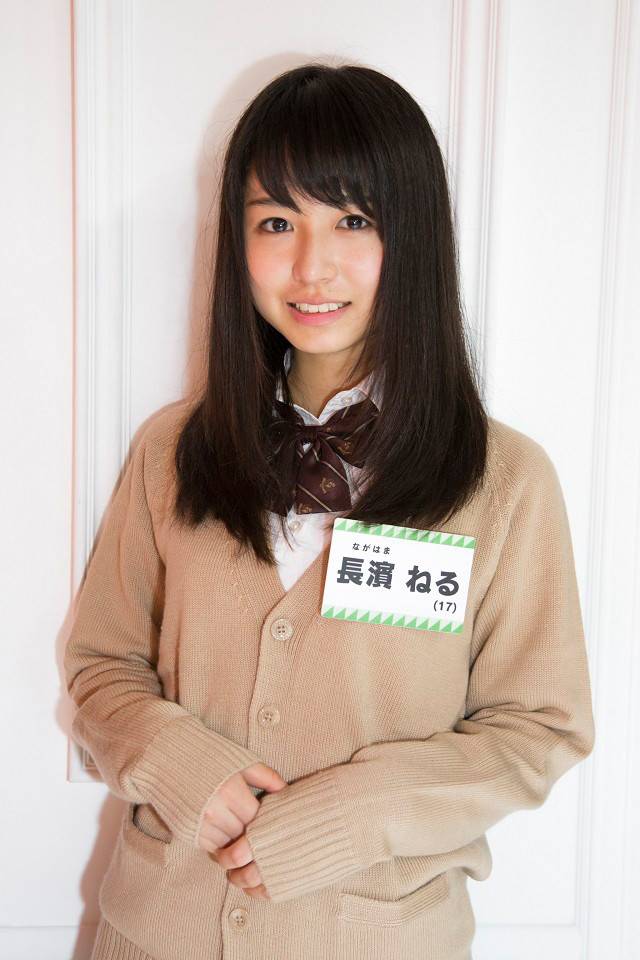 Nagahama Neru has joined Keyakizaka46 as its new member.

This announcement was made on November 30th during Keyakizaka46's regular program on TV Tokyo, "Keyaki tte, Kakenai?". Nagahama is a 17-year-old from Nagasaki Prefecture. During the program, it was revealed that Nagahama was unable to participate in the final auditions because her mother had dragged her back home when she was on her way to Tokyo.

After returning to Nagasaki, Nagahama's father, who saw his daughter crying in disappointment, discussed the situation with Keyakizaka46's staff. Then, the staff invited the Nagahama family to attend Nogizaka46's concert in Fukuoka. After watching Nogizaka46's concert, Nagahama's parents asked the staff to give their daughter another chance. The staff made an exception to let Nagahama enter the group.

Nagahama, who didn't participate in the final auditions, will begin her activities in Keyakizaka46's under group. The under group's name will also be Keyakizaka46, except Keyakizaka is written in hiragana, not kanji. It was also announced that the group will be holding auditions for the under group. More details on the audition will be revealed via their official website.