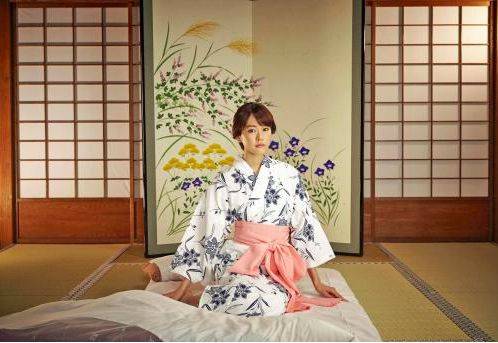 The drama is based on Takanashi Mitsuba's popular manga series of the same title. Kiritani will play the role of a 65-year-old woman named 'Sumi' who has never experienced love in her life. One day, she turns back into a 20-year-old college student. She relives her youth going by the name 'Sumire'.

Kiritani commented, "I've never imagined myself 65-years-old. I want to use the 60-year-olds around me as a reference. It's trial and error."

While Kiritani has starred in many love stories, such as "Heroine Shikkaku", this is said to be her purest character yet. The actress stated, "Since she has never experienced love in 65 years, she is very pure. I want to do my best in order for people to think that this is the most purest and hardest working woman that Kiritani Mirei has played in her career."

If Kiritani were to go back in time, she wishes to return to her middle or high school days. "I used to run around Chiba wearing my jersey, so I would like to visit Tokyo in my school uniform. But if I were to go back, one week would be enough."