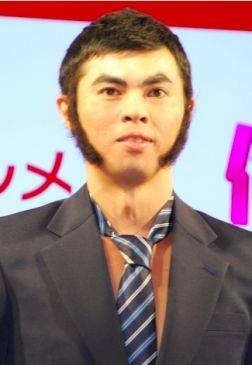 On November 5, comedian Kojima Yoshio (34) attended a PR event for a tie-up project by NTT Docomo and movie "Oremonogatari!!", where he announced that he has been dating a 27-year-old office worker for about a month.

In an interview after the event, Kojima was asked about his love life. He frankly blurted out, "I have a girlfriend," then checked with his manager, "I'm not an idol, so is it okay to say it?" Upon receiving approval, he revealed, "She's a 27-year-old office worker."

Comedian Sugi-chan, who was also in attendance, asked in surprise, "How did you meet her?" Kojima responded, "We met at a dinner party," and continued, "We've been dating for about a month. We meet in the Asakusa neighborhood." While Kojima seemed very confident about marriage, he said, "Nothing has been decided yet, so please leave us alone."