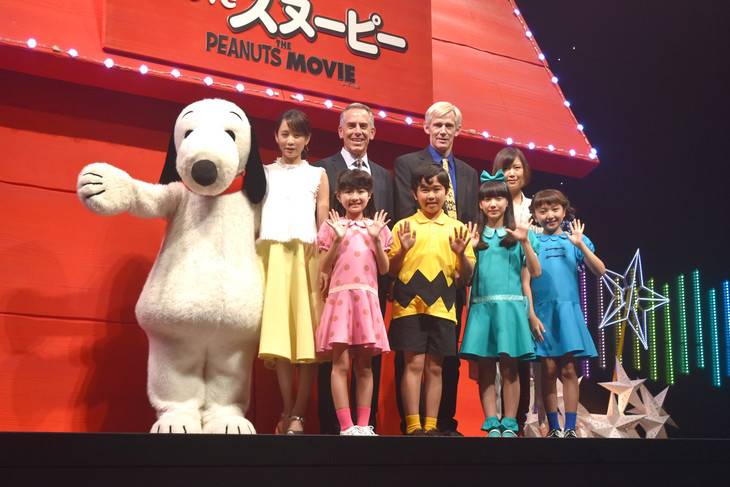 On November 17, the Japan special event for "I LOVE SNOOPY THE PEANUTS MOVIE" was held at Shinagawa Stellar Ball. Ayaka, who sings the ending theme for the movie's Japanese-dubbed version, and Maeda Atsuko, who serves as the movie's special ambassador, appeared at the event.

Maeda made her appearance riding on a gondola. She was greeted by Snoopy with a big hug, then presented director Steve Martino and screenwriter Craig Schulz a flower bouquet.

"I love Snoopy, so I am one of the fans looking forward to the movie's opening," Maeda commented.

Ayaka appeared towards the end of the event and sang "A Song For You" to a piano and harp. After her performance, she said, "It was my first time performing it, so I was nervous..." He also gave the appeal of the film, "I sympathized with the movie's theme, 'Everyone is important to someone.' I hope that it will become a song that will stay by your side when you're sad or discouraged."

"I LOVE SNOOPY THE PEANUTS MOVIE" will open in theaters on December 4.