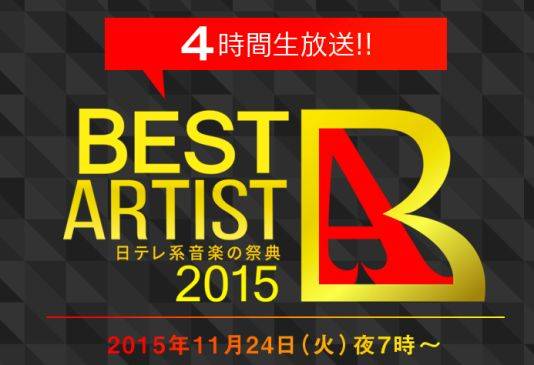 More artists for NTV's "Best Artist 2015" have been announced.

"Best Artist 2015" will live broadcast for 4 hours on November 24 from 7:00 pm. The other day, it was revealed that the program will headline a medley by 10 Johnny's artists. It was also announced that Arashi's Sakurai Sho would be emceeing the program.

At this time, 29 additional artists have been announced, some of which include aiko, Ikimonogakari, AKB48, EXILE, Kyary Pamyu Pamyu, Perfume, and SEKAI NO OWARI.

The full line up of artists can be seen below the cut.