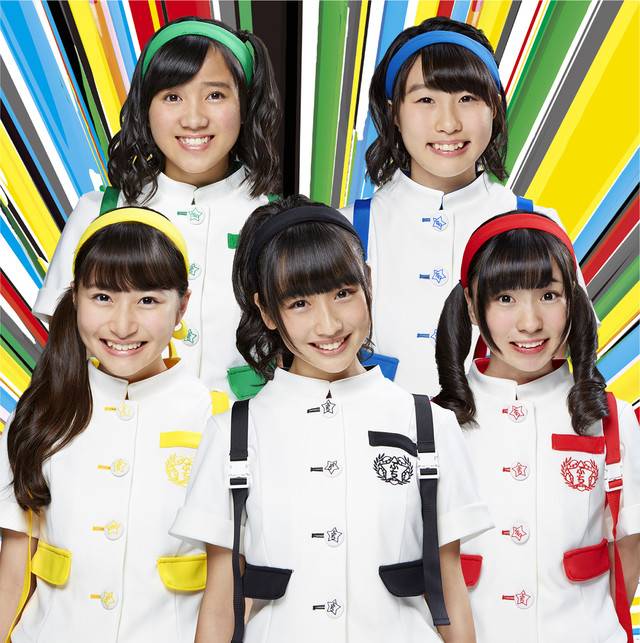 Puchi Passpo? have unveiled the PV for their new song "1.2. Sunrise!" via their official YouTube channel.

The girls performed "1.2. Sunrise!" for the first time on November 29th during the release event for their new single "Go Fight! Fly High!". Sticking to their sports concept, this time the song has a marathon theme.

The PV takes place on a make believe TV program in which PASSPO? serve as hosts and comedian Mimata Matzo is the marathon runner. Then, Puchi Passpo? make an appearance and cheer him on by performing their new song.