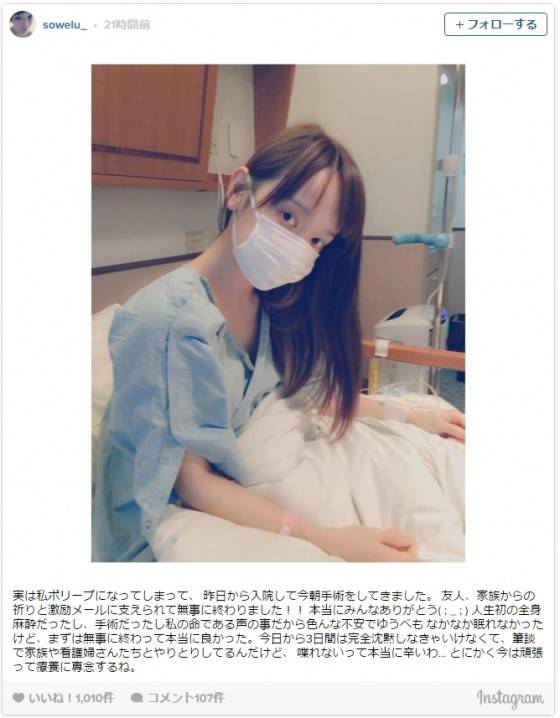 On November 17, singer Sowelu revealed through her Instagram account that she had surgery to remove a polyp.

Sowelu uploaded a photo of herself in a hospital bed and wearing a mask. She announced, "I was actually diagnosed with a polyp. I've been in the hospital since yesterday, and I received surgery this morning. Thanks to prayers and encouraging messages from my friends and family, I was able to get through it."

"It was my first anesthesia and surgery," revealed Sowelu. She also shared that she was very concerned because the polyp was located in her throat. Sowelu then expressed her relief saying, "First of all, I am glad that the surgery was a success." However, she must spend the next three days in complete silence. She must communicate with her nurses and family through writing.

Sowelu received many encouraging comments from her fans. In response, she uploaded a photo of a magnetic drawing board with a handwritten thank you message.