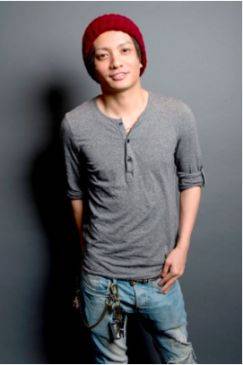 On November 27th, Tanaka Koki made a live appearance on TOKYO MX's program "Barairo Dandy" where he responded to the news about Taguchi Junnosuke's withdrawal from KAT-TUN.

When the program began, MC Shimada Youshichi touched on the subject, "It seems another KAT-TUN member quit 2 or 3 days ago?" to which Tanaka responded, "I was shocked. I didn't know about it." Then, commentator Suidobashi Hakase asked, "Did he ask you for any advice?" and Tanaka answered, "I was watching TV and I learned about it at the same time everyone else did." He added, "I support him."

Tanaka left both KAT-TUN and Johnny & Associates, Inc. back in 2013. He is currently the vocalist for rock band INKT, and is also active as an actor.