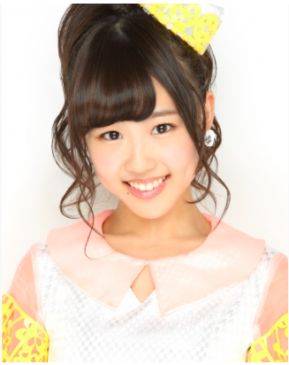 AKB48 member Uchiyama Natsuki announced her graduation from the group.

The announcement was made on November 1st during the group's concert "Dounaru?! Dounaru?! AKB48" at AKB48 Theater. Towards the end of the live, Uchiyama announced in tears, "I have decided to graduate from AKB48." She explained, "This is because I started to think that being in AKB48 is not necessarily the highroad to my dream."

After the concert, Uchiyama updated her Google+ account and stated, "For me, this graduation is not something I decided on suddenly as a temporary thought. I thought about it a lot. I talked about it with my seniors that I respect, the staff that I depend on, and my friends and parents who have known me for a very long time. At the end, it was my decision."

Uchiyama passed the 14th Generation Kenkyuusei audition in May of 2012. She gained attention when she recited the Constitution of Japan during "AKB48 Group Kenkyuusei Concert" at Nippon Budokan in June of 2013. Then in July of last year, she published her first book, "Kenpo-shugi" ("Constitutionalism", in collaboration with Minamimo Shigeru, an associate professor at the Kyushu University School of Law). In last year's General Election, she ranked 63rd, and this year, she moved up to 39th place.

The day of Uchiyama's graduation has not been determined at this time.