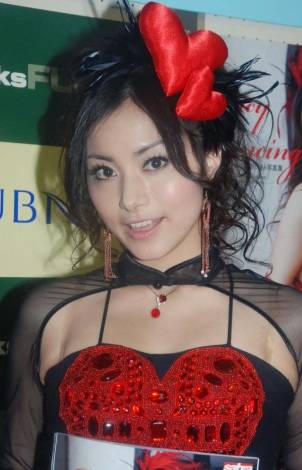 It was reported that voice actress/narrator Takahashi Chiaki has teared her right Achilles tendon during the rehearsal for a live concert. The announcement was made on November 11, on the official site of Aice5, the voice actress unit Takahashi belongs to.

While apologizing to her fans for the worries, Takahashi herself also explained her condition that "Apparently, it takes 3 to 6 months to heal Achilles tendon ruptures, so I will have to wear a cast and use a crutch for a while."
Regarding the upcoming live "Earphones vs Aice5 : Sorega Unit!", she wrote "I was really looking forward to this...though I won't be able to dance, I definitely want to be there, since I'm fine, other than my Achilles tendon! I'm willing to do whatever I can! It's not been decided how I can participate yet, but I will liven up the live, so please follow me everyone!"

Takahashi is known for voicing in anime "THE IDOLM?STER" (as Miura Azusa), "Yatterman" (as Omocchama), "Moyashimon" (as Hirooka Aya), and more. She was also the narrator for the Japanese dubbed version of "Gossip Girl."