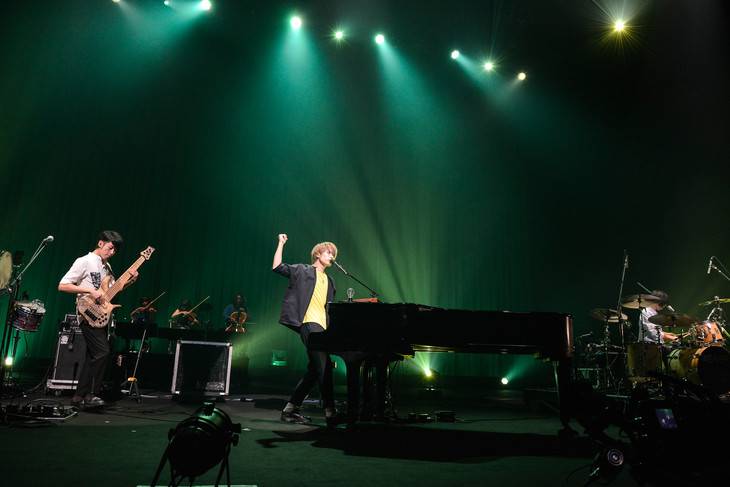 The title of WEAVER's new album that's scheduled for release on February 10th has been confirmed as "Night Rainbow".

The last original album that the band released was "Handmade" back in January of 2013. During the three year gap, the band has experienced many things, from their 6-months study abroad in London to their overseas concerts.

On November 28th, WEAVER wrapped up their "WEAVER HALL TOUR 2015 Still Boys & Girls ?Sing Like Dancing In Our Hall?" and made the announcement regarding their new album. In addition, they announced that they would hold a hall tour called "Draw a Night Rainbow" next spring. The tour will kick off on April 9th at Orix Theater and will wrap up on May 6th at NHK Hall for a total of 9 shows.