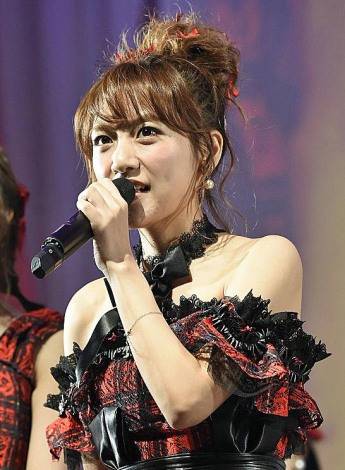 On AKB48's official blog, it was announced that Takahashi Minami's graduation concert would be held at Yokohama Stadium on March 27.

As previously revealed, it will be a 2-day concert on March 26 and March 27. The first day on the 26th will features AKB48's solo concert while the 27th will be "The 1st AKB48 Group Touzai Taikou Uta Gassen" (for daytime), and "AKB48 Group Takahashi Minami graduation Concert" (for the night).

Also, Takahashi's graduation was originally planned after the concert on March 28 at the AKB48 Theater, but now it has been postponed to her 25th birthday, on April 8, at the theater in Akihabara.