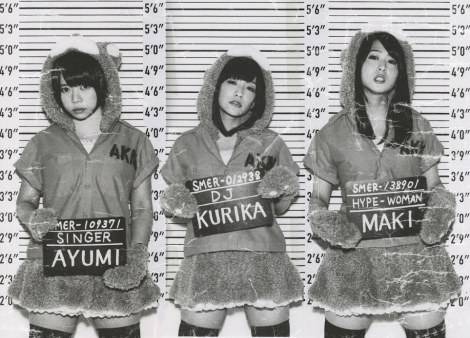 Three-member idol unit Ayumikurikamaki was involved in a car accident.

According to their official site, it occurred on December 27. The members were in a vehicle that rolled over because of a rear burst tire.

After some detailed examinations, the girls were diagnosed with sprains and bruises on several parts of their bodies. Because their doctor forbid them from exercising and prescribed medical treatment with rest, they have canceled their appearances at live events for the rest of the year.

The appearances that were canceled are at "COUNTDOWN JAPAN 15/16" (on the 29th at Makuhari Messe) and "NAGASHIMA COUNTDOWN ? NEW YEAR'S PARTY 2016" (on the 31st at Nagashima Spa Land). Apparently, the members strongly indicated their intention to appear in the events, but the related parties decided to cancel them as it could possibly cause problems for their future activities.

Ayumikurikamaki members will try to make a comeback with their upcoming tour, which will begin on January 23.