Fukase & Masuwaka Tsubasa reported to be in a relationship 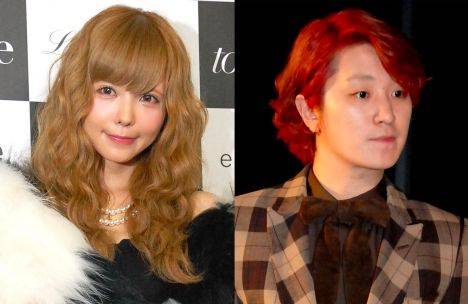 SEKAI NO OWARI's Fukase (30) and talento Masuwaka Tsubasa (30) are in a romantic relationship.

According to reports, the romance bloomed this fall. Reports also stated that they have been visiting each other's homes, and Masuwaka's son from her previous marriage is attached to Fukase.

In an ORICON STYLE interview, Masukawa's agency commented on the reports, "We let her handle her private life."

Fukase was formerly in a relationship with singer Kyary Pamyu Pamyu, but the couple had reportedly ended their relationship in summer. Masuwaka married in 2007, then divorced 6 years later in in 2013.

An interesting fact about Fukase and Masukawa is that they share the same birthday, October 13, 1985, making them both 30-years-old. They also have the same blood type. The Japanese tend to use blood types to predict one's personality and compatability.