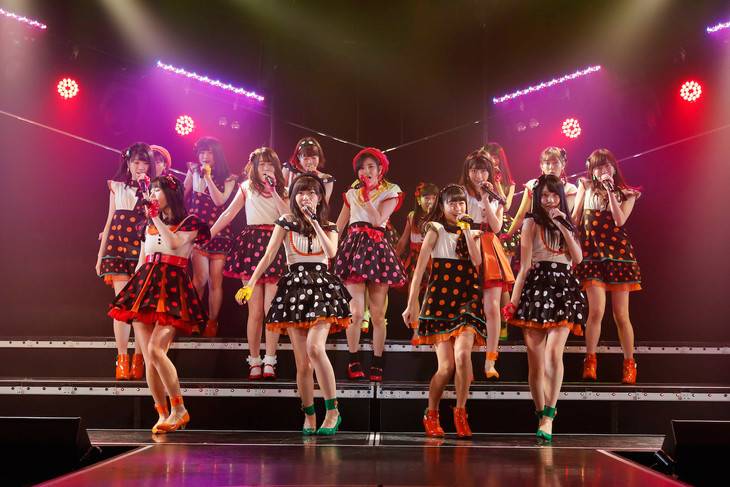 HKT48 have announced that they will be holding their 4th generation audition next year. They have also revealed the schedule for their 2016 arena tour.

Sashihara Rino made this announcement on December 19 on the first day of HKT48 Himawari Group's "Tadaima Renaichu" performance at HKT48 Theater. Members who didn't know about the auditions let out a scream of surprise. Oota Aika then said to the youngest member Imamura Maria, "That means Maria will have kohai (juniors)," followed by Sashihara's response, "Let's have them call you Imamura-san!"

Meanwhile, HKT48's upcoming arena tour will kick off on Saturday, February 6 at Nippon Gaishi Hall. The group is scheduled to perform a total of 6 shows with the finale on Wednesday, March 30 at Marine Messe Fukuoka.