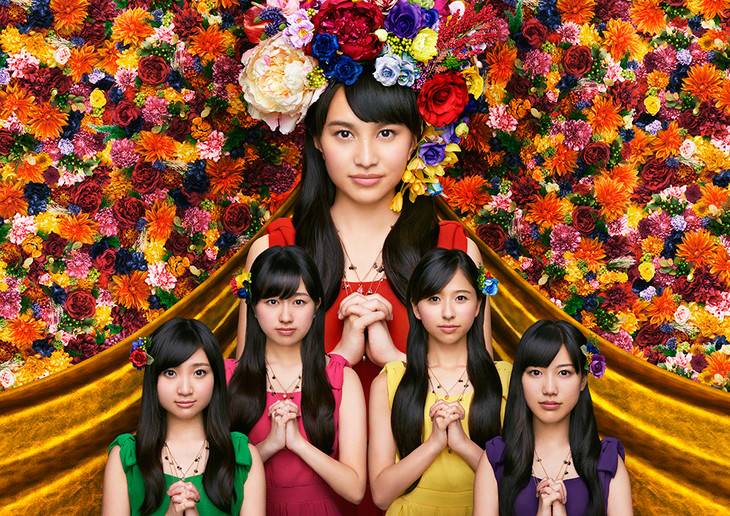 Momoiro Clover Z have revealed their latest artist photos, as well as the teasers for their 3rd album "AMARANTHUS" and 4th album "Hakkin no Yoake", which will be released simultaneously on February 17th.

From December 23rd to the 25th, Momoclo held their Christmas lives "Momoiro Christmas 2015 ~Beautiful Survivors~" at Karuizawa Snow Park in Gunma. The artist photos that have been revealed at this time were shot just for the two albums. For the "AMARANTHUS" photo, the girls are photographed with colorful flowers in the background, while the photo for "Hakkin no Yoake" features blue skies and clouds in the background.

In the teasers, you can see the members in the recording studio, as well as their comments on the albums.