NEWS announce their first single of 2016 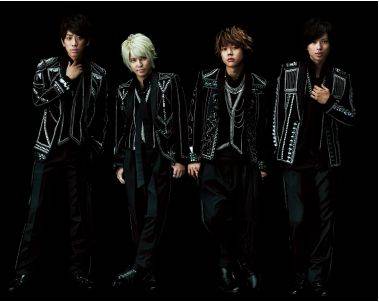 NEWS have announced that they will release their new single "Hikari no Shizuku / Touch" on January 20th.

One of the title tracks "Hikari no Shizuku" has been picked up as the theme song for Fuji TV's upcoming drama "Kasa wo Motanai Aritachi".   This drama will be based on member Kato Shigeaki's short story of the same title. It will star Kato Shigeaki, Kiryama Renn, Sakata Masanobu Adachi Rika, Watanabe Mai, Takeda Rena, Minamisawa Nao, and Raita Ryu.

"Hikari no Shizuku" is described as a support song for young people who are troubled or hesitant. Meanwhile, "Touch" is said to be a pop number.

The single's limited edition will be released in a "Hikari no Shizuku version" and a "Touch version". Each version will come with a DVD containing each title track's PV and making footage. There will also be a regular edition that will include two additional tracks, "Hoshi no Tabibitotachi" and "whis?per".