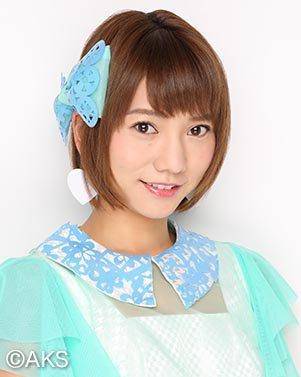 AKB48's Takajo Aki (Team K) has announced her graduation from the group.

This announcement was made on December 15 during the "5th AKB48 Kouhaku Taikou Uta Gassen" at TOKYO DOME CITY HALL. Takajo made her way onto the stage toward the end of the event and started off by saying, "I have important news for everybody today." She continued, "It's not that I am dissatisfied with my activities in AKB48. However, I think that I shouldn't continue to rely on AKB48 like this. From now on, I want to proceed down Takajo Aki's path."

During one of the MC segments, Maeda Atsuko, who served as judge in the event, called out to Takajo, "From now on, do your best from this side."