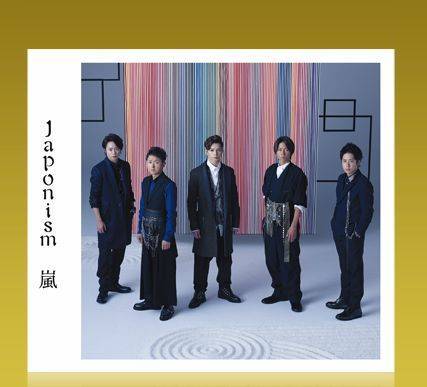 Arashi's latest album 'Japonism' (released in October 2015) sold 3,513 copies during the week, and its cumulative sales has now reached a million copies, 1,001,000 copies to be exact.

This is also the first time in 3 years and 7 months for a male artist or group to achieve a million-selling album since it was last accomplished by Mr.Children with 'Mr.Children 2001-2005?micro?' back in June 2012.

With the concept of "looking at Japan from various angles", 'Japonism' is an album that contains "novelty" which grafts traditional Japanese musical instruments on digital with Arashi's basic "pop music."

Source: Oricon
Image: J Storm
Thanks to minlilin for the tip!