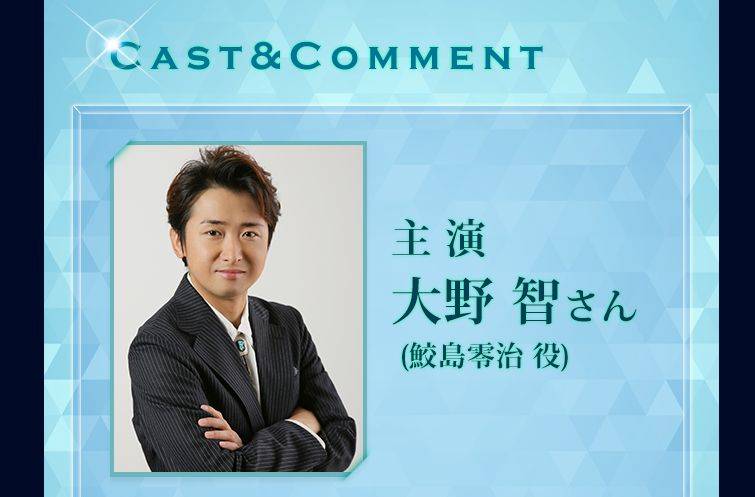 In the drama, Ohno will play a young CEO named "Samejima Reiji" who is the heir of a long-established Japanese-style inn and is now making inroads in the hotel industry. He is excellent at his job as he has a great talent for satisfying his customers, and he seems perfect at a glance. However, he never succeeds in love because of his arrogant personality. The drama depicts his struggles with his first love.

Apparently, the actress playing the protagonist's love interest will be revealed on the next episode on "Arashi ni Shiyagare" (to be aired on the 30th at 10:00pm).