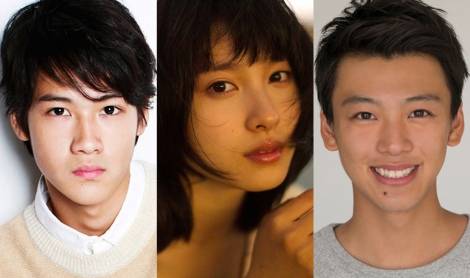 Last December, it was announced that Kawahara Kazune's manga "Aozora Yell" ("Yell for the Blue Sky") would be getting a live-action film adaptation, and the cast for the main characters were recently revealed.

"Aozora Yell" is a youth story serialized in Bessatsu Margaret during 2008 to October 2015. 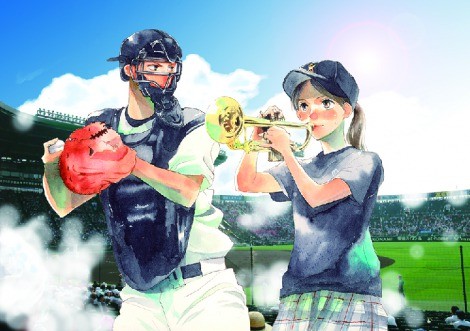 The protagonist is "Ono Tsubasa" who enters a high school that is known for their brass band club. Though she is a beginner to musical instruments, she has a dream to play a trumpet at Koshien (The National High School Baseball Championship) for the school's baseball team. At the school, Tsubasa encounters classmate "Yamada Daisuke", a member of the baseball team. While supporting each other, they both aim to go to the Koshien.

Tsuchiya Tao, who played the heroine for NHK's morning drama "Mare" has been chosen for the protagonist, while "Yamada Daisuke" will be played by Takeuchi Ryoma. Takeuchi is known for starring in "Kamen Rider Drive" as the protagonist. This will be the second time the two will co-star with each other as they previously worked together on the TBS drama "Shitamachi Rocket."

In addition, it was also announced that Hayama Shono was picked to play "Mizushima Aki." Mizushima also belongs to the brass band club, and he supports Tsubasa as a teammate. Tsuchiya and Hayama previously co-starred with each other in "Mare."

The live-action film is directed by Miki Takahiro, who has made films like "Bokura ga Ita", "Hot Road", and "Ao Haru Ride."

"Aozora Yell" is set for release in August.

MAN WITH A MISSION Kamikaze Boy's activities suspended after reported to be in an adulterous relationship
3 days ago   0   1,155