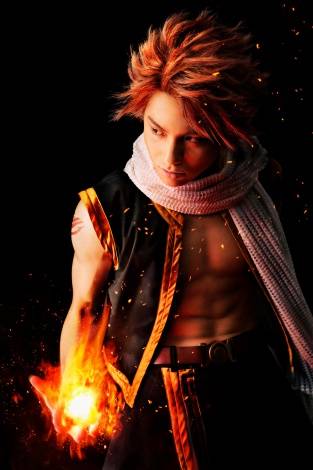 Mashima Hiro's manga "FAIRY TAIL" will be getting a stage play adaptation, and recently D-BOYS' Miyazaki Shuto, who plays protagonist "Natsu Dragneel," revealed his look as the character.

"FAIRY TAIL" is an ongoing manga which began its serialization on Weekly Shonen Magazine back in 2006.

As "Natsu" is a muscular guy, Miyazaki worked out thoroughly, and obtained six pack abs.

Stage play "FAIRY TAIL" will be making its theatrical run at Ikebukuro Sunshine Theatre from April 30 until May 9.