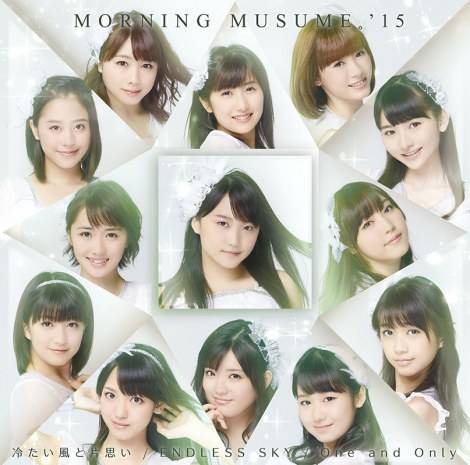 Idol group Morning Musume.'15's 60th single "Tsumetai Kaze to Kataomoi / ENDLESS SKY / One and Only", released back on December 29, sold 143,000 copies during the first week and grabbed the top spot on Oricon's weekly single ranking.

This was the last single for Sayashi Riho who graduated from the group after Hello! Project's countdown live held on New Year's Eve.

This marks their first No.1 single in 4 releases, since they last topped the chart with "Toki wo Koe Sora wo Koe / Password is 0" (released in April 2014).

With this single, they have updated their own record for "the total number of singles ranked in the TOP10."

On a side note, the group is now Morning Musume.'16 as the new year has started.