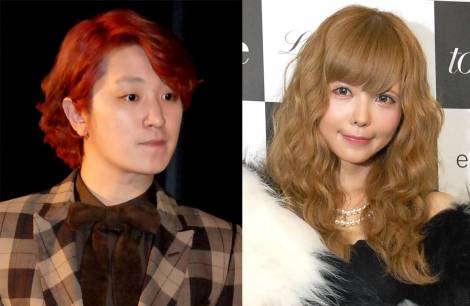 Four-member band SEKAI NO OWARI's vocalist Fukase answered fans' questions on Twitter regarding Masuwaka Tsubasa, who is reportedly in a relationship with him.

Fukase replied to a fan's tweet that asked, "What do you like about Tsubasa-chan?" He replied, "How she is a very serious-minded person. Like, she cooks breakfast no matter how early in the morning it is, or she gives first priority to her child. I like that kind of attitude very much."

Another fan also asked him how he plays with Masuwaka's son, and he answered, "Stuff like, flying paper airplane, giving him a quiz, riding on sleighs, playing Mario Kart, watching Youkai Watch movies, looking for a choco-banana, which he wanted at a festival."

Fukase was also asked by another fan if the couple are making any plans to get married. For that, he answered, "As she has a child, I don't think it's something I should decide by myself."

Their romance was first reported in a magazine published on December 25 last year. The report said that they started dating last fall. Both of their agencies only made a comment that they leave their private lives alone.