SMAP's single from 2003 'Sekai ni Hitotsu dake no Hana' back on No.3 on Oricon's latest weekly ranking 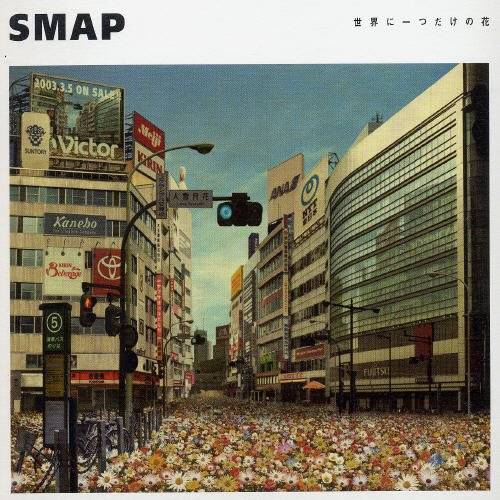 When there was a report about SMAP's splitting up/disbanding on January 13, their fans mounted a campaign for buying the song, aiming for a triple million sales, to deter the group's disbandment.

The single charted at 9th place on the daily ranking for January 14, but as it is a single from over 10 years ago, it was out of stock, which gave it the 75th place on the previous weekly ranking.

Even after the week, "Sekai ni Hitotsu dake no Hana" continued increasing its sales, and for the latest weekly chart, it came back on No.3 spot after 12 years.

Not only the song, five other singles also charted in the top 100, and "Smap Vest" (released in March 2001) was also at the 17th place on the latest weekly album ranking.