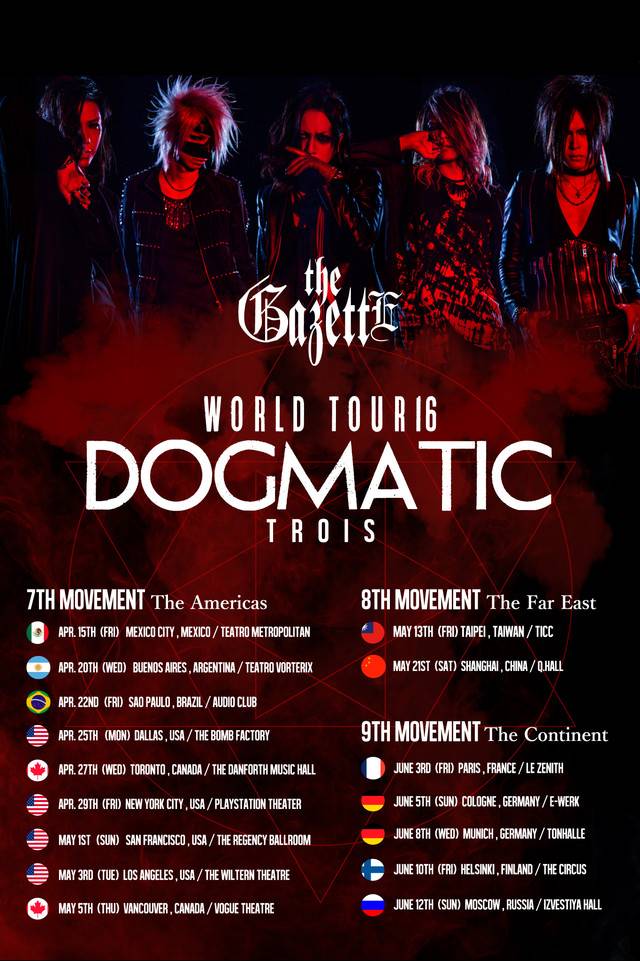 the GazettE announced that they would be holding a world tour "the GazettE WORLD TOUR16 DOGMATIC -TROIS-" during April through June.

The upcoming world tour is a part of their project "PROJECT: DARK AGE."
With their latest album "DOGMA" , the band will hold 16 shows in total.

As the project's 7th movement entitled "The Americas", it will include Mexico, Argentina, Brazil, the U.S.A, and Canada, while they make stops in Taiwan and China as the 8th movement called "The Far East". There will also be "The Continent", the 9th movement, which includes France, Germany, Finland, and Russia. 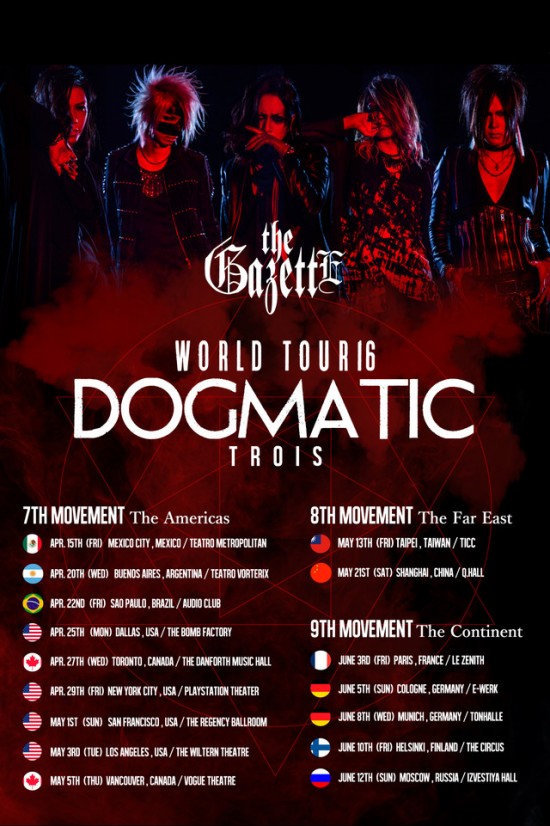 the GazettE is currently in the middle of their domestic tour "the GazettE LIVE TOUR 15-16 DOGMATIC -DUE- " which concludes on January 24th, and it is the 4th movement of the project.

But there will be more to it, as the GazettE is scheduled to hold a solo live concert "Shikkoku" at Yoyogi National Stadium's First Gymnasium in Tokyo on February 28th, which is the 5th movement, and as the 6th movement, a new single "UNDYING" will be released in this spring.

Apparently, there are plans for the 10th, 11th and 12th movements for "PROJECT : DARK AGE" in the future as well.