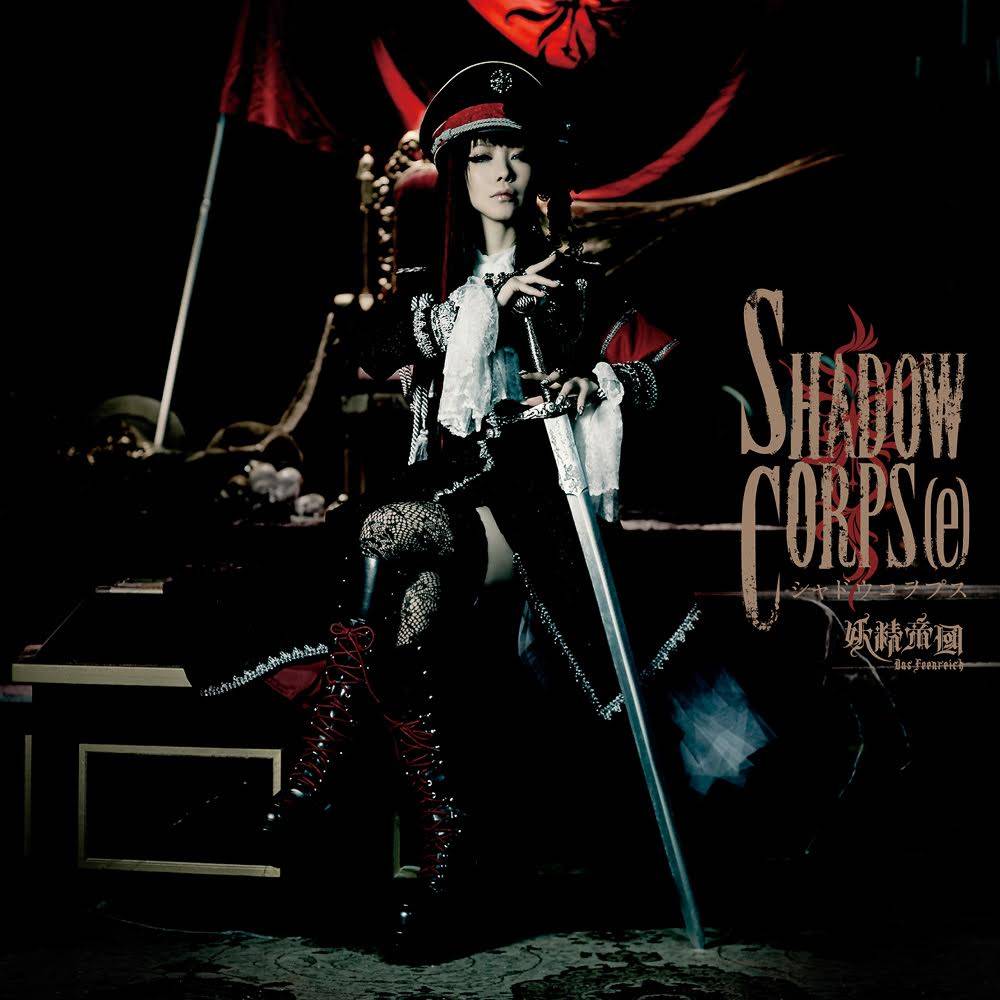 Yousei Teikoku will return to America for a special one-night performance at A-Kon 27 in Dallas, Texas, during the 3-day Japanese anime and culture event June 3-5, 2016. Yousei Teikoku's loyal subjects will also have a rare chance to meet front-woman/vocalist Empress Yui in person for autographs and a Q&A session. Pre-registration is now open at A-Kon's website: http://www.a-kon.com

"SHADOW CORPS[e] represents an exciting new step for a band that's always on the move. From the deliciously horrifying 'Shirogane Bara Kitan' to the dramatic instrumental stylings of 'ancient moonlit battleground', SHADOW CORPS[e] is a masterclass in how to create a unique sound without alienating long-time listeners." - JaME

"SHADOW CORPS[e] is undeniably epic, starting from the monster riffs in opening tracks 'D Chronicle' and 'Yami-iro Corsage' (from the upcoming game Valiant Knights) driving through the to the relentless force of the title track 'Shadow Corps'." - JRock247

"…there is no denying the power of the music...listeners with an ear for metal will find a great album in SHADOW CORPS[e]." - Femme Metal Webzine