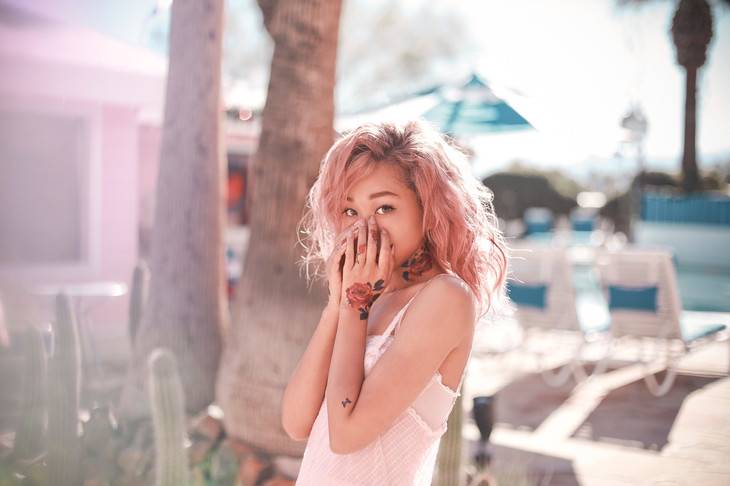 "PINK TEARS" will be the sequel to the singer's concept mini album "GRAY SMOKE", which was released in September of last year. For "GRAY SMOKE", Aoyama collaborated with male artists such as Shimizu Shota, Kj, SWAY (DOBERMAN INFINITY), and ANARCHY. This time, she will collaborate with female artists to portray the various "tears" of women. As of now, it's known that 14-year-old fashionista MAPPY and columnist LiLy will lend their hand for the album.

There will also be an album compiling "PINK TEARS" and "GRAY SMOKE", titled "SMOKE & TEARS", and a compilation album titled "LOVE! ?SPECIAL?" to be simultaneously released. "LOVE! ?SPECIAL?" will include popular songs from her "LOVE!" series as well as collaboration songs and love songs she's released since "LOVE!2 -THELMA BEST COLLABORATIONS-".