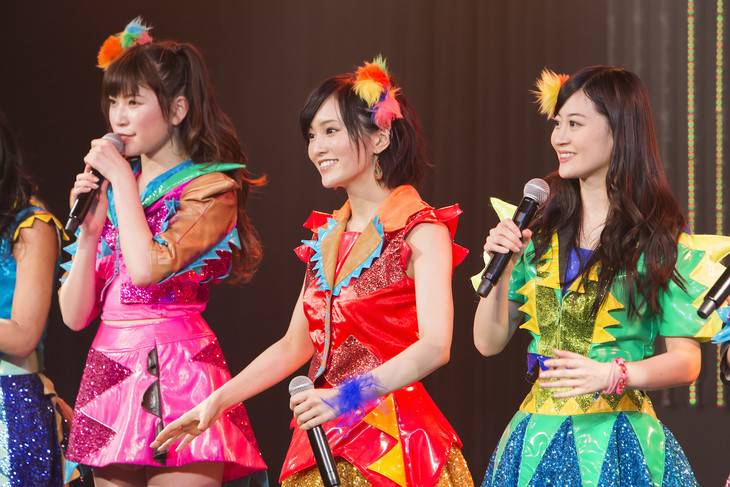 It's been revealed that NMB48 will hold their 5th generation audition.

This was announced on February 9 during Team N's stage "Koko ni Datte Tenshi wa Iru" at NMB48 Theater in Osaka. On the upcoming auditions, Yamamoto Sayaka commented, "When new members join, that means that we will have more rivals. Let's liven up NMB48 in friendly rivalry." Suto Ririka added, "As a 'senpai,' I want to become stronger."