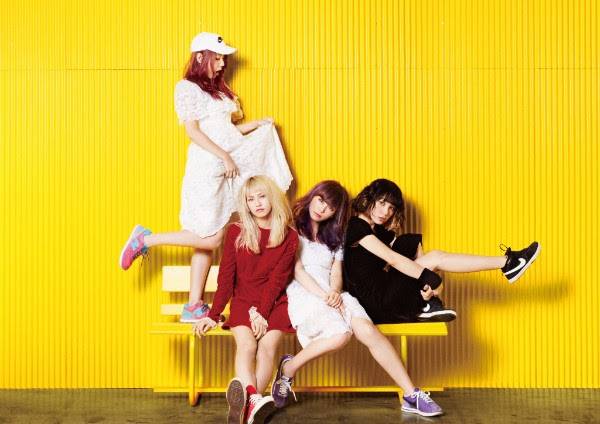 Barely days after completing their domestic arena tour, SCANDAL – one of Japan's strongest all-female forces in rock – have announced the international release of their upcoming seventh album, YELLOW.

The 13-track record is their first to be entirely self-produced and will be released in the UK and Europe on March 11, 2016 through JPU Records ahead of the band's tenth anniversary and second world tour. It will be available in three editions; CD, MP3, and as a limited edition CD and t-shirt bundle.

SCANDAL burst out of Japan and completed their first world tour in the spring of 2015, playing an impressive 41 solo shows across 9 countries. The big step in their already impressive career was captured on film and will be released on DVD from March 4 through JPU Records, titled; SCANDAL Documentary film HELLO WORLD.

YELLOW covers a lot of ground, exploring SCANDAL's usual upbeat pop-rock style, combined with touches of ska, heavy rock, and punk. It includes recent singles Sisters and Stamp!, the latter of which was written and composed by guitarist MAMI while on tour outside of Japan. Both songs made it into the weekly top ten of Japan's Oricon chart. It also features the theme song from their tour DVD Chiisana Honoo, the first time the song has been available on physical or digital formats, as well as a re-recording of Your Song from previous album HELLO WORLD, now featuring full English vocals.

SCANDAL hit Japan's music industry running and haven't stopped since. Their fresh, upbeat take on pop-rock achieved them the award of Best New Artist Award at the Japan Record Award while they were still teenagers. Since then, all six of their studio albums have reached the top five of the national album charts, and they continue to be well loved at home and abroad. In fact, they are so influential amongst girls in Japan that there have been battle of the band competitions for the last four years consisting solely of SCANDAL cover-bands.

With the release of YELLOW, this bright band's future is looking ever brighter. 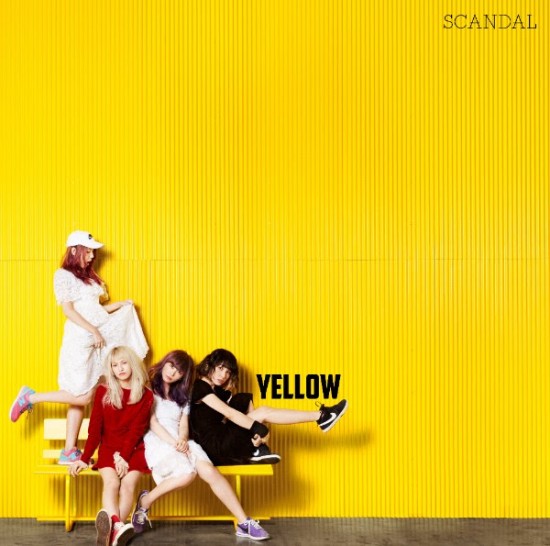