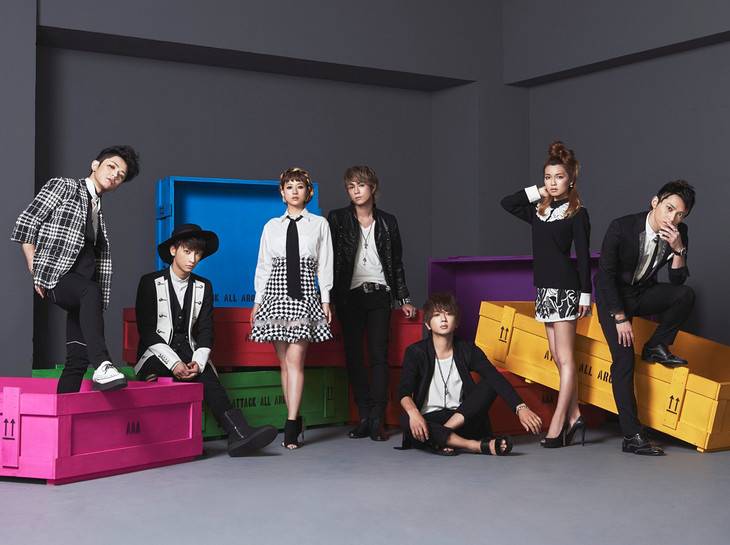 AAA have announced their first single release of the year!

Titled  "NEW", the title track is an uptempo tune that's fit for the summer season. It will be released on June 8th in three different versions: CD-Only, CD+DVD, and Fan Club Edition.

AAA will also be holding a nationwide arena tour this year called "AAA ARENA TOUR 2016 -LEAP OVER-". The tour logo and schedule can be seen below.