Babyraids JAPAN to release 12th single in May 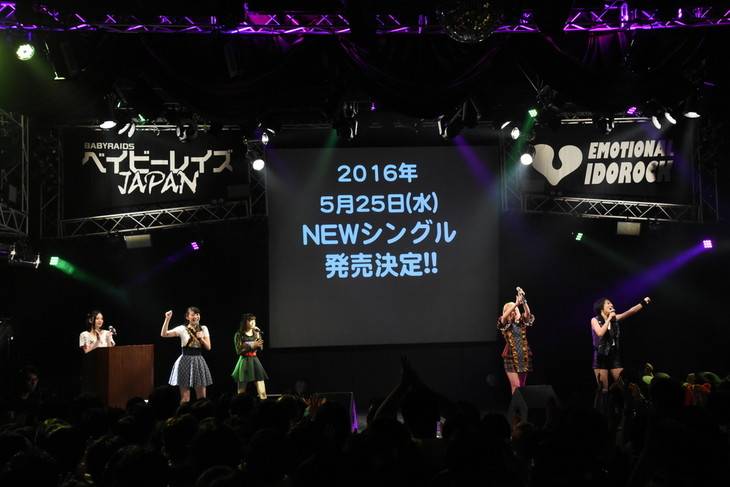 Babyraids JAPAN will release a new single (currently untitled) on May 25.

The single's Limited Editions A and B is said to come with a DVD containing footage from the live event "Babyraids JAPAN Dengeki no Live?2015?Shijou Sainetsu?Chotto Osome no Christmas Daisakusen?" held last December. Besides this, the single will include a trading card and voting card.

The girls are also scheduled to hold single release events. Those who bring the flyer, which will be included in the single's regular edition, to the event venues will be able to participate in the handshake event. More details on the events will be announced via the group's official website soon.

On March 5, Babyraids JAPAN held two lives at Shinjuku ReNY; one during the day and the other at night. It was on this stage where they announced the release of their 12th single. The daytime performance "IDOROCK Hinamatsuri", produced by Takami Nao,  featured the group's first fashion show. Then during the evening show, the girls celebrated Watanabe Rio's birthday as she will be turning 16 years old on March 8. Between the two shows, they attracted about 1,500 fans and sang 31 songs.