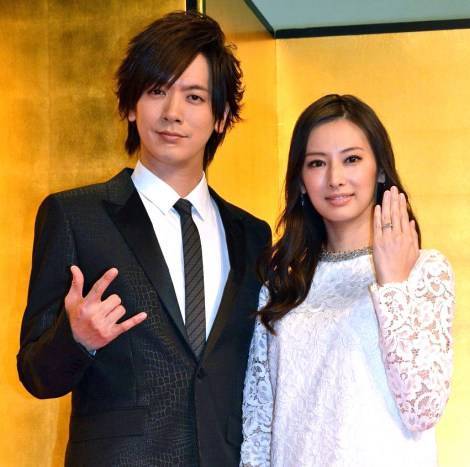 DAIGO (37) and Kitagawa Keiko (29) will hold their wedding ceremony and reception on April 29 at a hotel in Tokyo.

The couple registered their marriage on January 11 at 1:11 am. On that same day, they held a press conference, where DAIGO stated, "I want to hold a reception, but since we were finally able to make this announcement, we will start thinking about it now."

Likewise, Kitagawa commented, "I've never thought about it. Between the two of us, DAIGO-san is the one that's thinking about it... What should we do," to which DAIGO had responded, "Just stay by my side."

Besides their celebrity friends, politicians are expected to be invited as well. DAIGO's grandfather was former prime minister Takeshita Noboru.

Source: Oricon
Thanks to Karen Pang for the tip!