Furukawa Yuki and Kamiki Ryunosuke take a purikura together 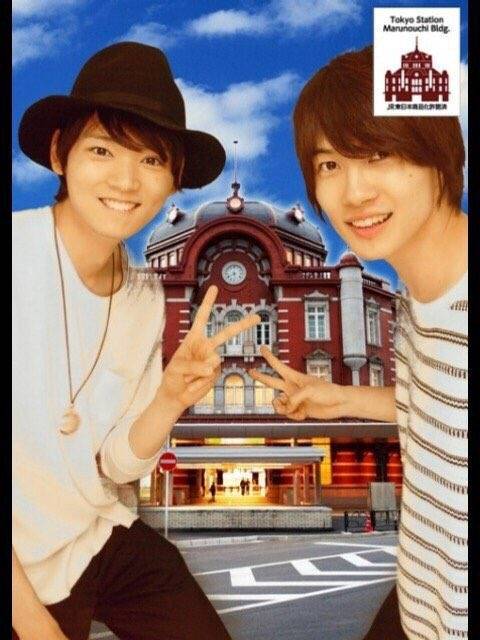 On March 8, actor Furukawa Yuki shared a purikura photo that he took with Kamiki Ryunosuke through his official Twitter account. The two actors co-star in the upcoming film 'Taiyou', which will open in theaters on April 23.

After appearing at a press conference on March 7, Furukawa and Kamiki received a lot of attention for their close friendship. The following morning, they made a VTR appearance on NTV's "Sukkiri!" where they reflected on the time they took purikura together. Kamiki shared, "We decided to stop somewhere for coffee. Then we found a purikura machine and thought, 'Let's take one!'" Furukawa added, "It was pretty fun."