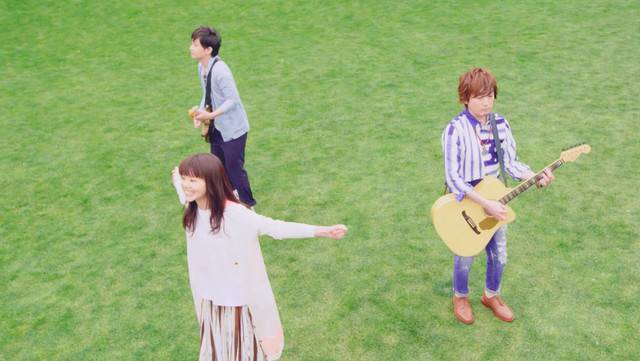 Ikimonogakari's new song "Bokura no Yume" has been picked up as the 2016 campaign song for 'Sokenbicha'. The special edition of this PV has been revealed via Sokenbicha's official website and Youtube channel.

"Bokura no Yume" can be found in Ikimonogakari's best-of album "Chou Ikimonobakari ~Tennen Kinen Members BEST Selection~", which dropped in stores on March 15. In the recently revealed PV, you can see the band performing "Bokura no Yume" on a grass-covered plain. The CM using this song will air starting in May.