Ikimonogakari to be in charge of Nakatani Miki's starring drama 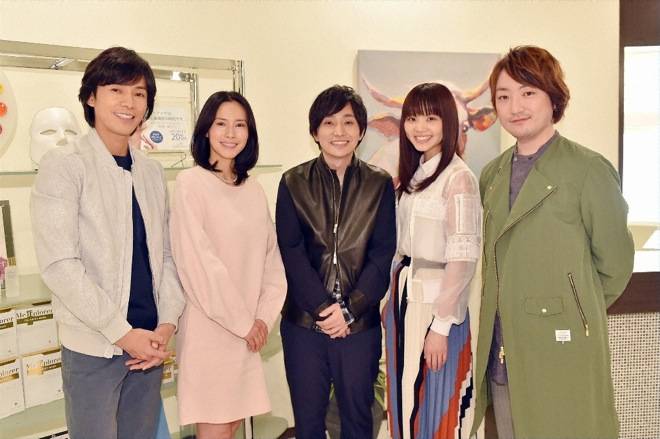 Many of Ikimonogakari's songs have been a hit, including "Arigatou", which was the theme song for morning drama "Gegege no Nyobo". This time, they were asked to sing the theme song as they are popular with both men and women of all ages.

Actress Nakatani Miki, who plays the drama's protagonist, met the band on set the other day. She says has already learned the lyrics and even sung a line, "Ironical ni cynical..." Fujiki Naohito said, "It's a comedy [drama], so I wanted to draw out its tempo. We are being supported by this energetic song."

The theme song will be included in Ikimonogakari's best-of album "Chou Ikimonobakari ~Tennen Kinen Members BEST Selection~" to be released on March 15.