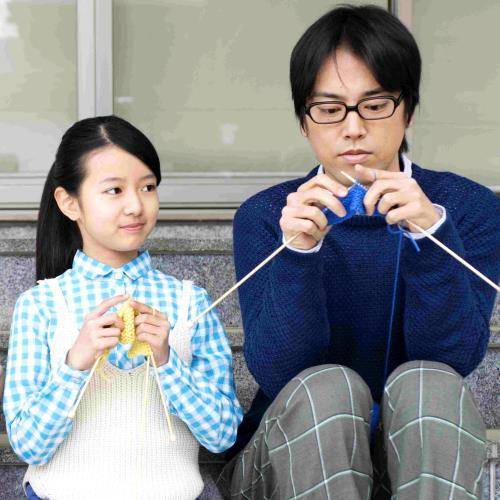 The protagonists are Rinko (played by Ikuta) -- a transgender woman --, Tomo -- a neglected girl --, along with Makio --Rinko's lover and Tomo's uncle. It depicts the story of their lives together as a "family." Kiritani Kenta will play the role of "Makio", and child actress Kakihara Rinka will play as "Tomo."

Apparently, Ogigami got the idea from an article she read in a newspaper with the headline "a mother of a transgender daughter makes fake breasts for the daughter."

Though her previous works are often described as "healing" movies, Ogigami said, "I am not letting this movie heal anyone, not even a bit! This will be the beginning of the second chapter for my life, and also as a filmmaker."

Ikuta who will be playing a transgender woman for the first time, commented, "I realize how difficult this role could be, but it is quite rare for me to receive an opportunity to play this kind of role, so I am putting my all into this."

Kiritani also stated, "This would be the turning point for both me and Toma."