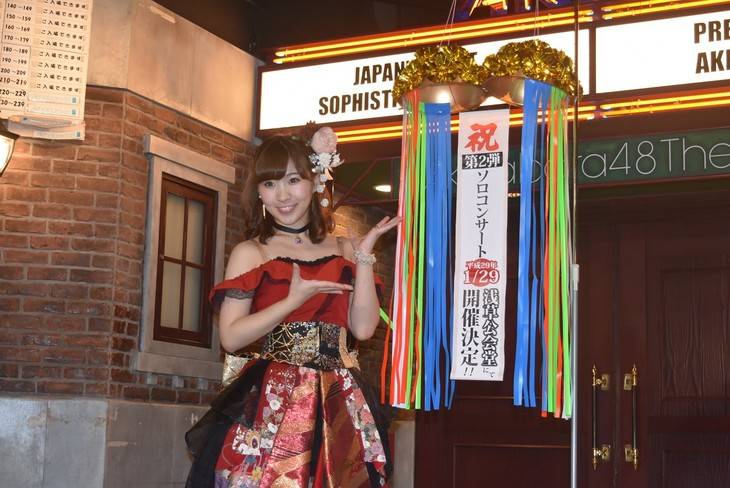 Iwasa Misaki will hold a solo concert at Asakusa Kokaido on January 29, 2017.

This was a surprise announcement on March 14 during an on-the-spot interview after Iwasa's graduation concert at AKB48 Theater. During the interview, the staff brought out a 'kusudama' (ornamental paper ball), which Iwasa cracked open. Inside was a hanging banner announcing next year's solo concert. "Next January?! I thought it would be this summer," she exclaimed. She went on to say, "There is a lot of time, so I will do my best to put together a good set list."

On her graduation concert, Iwasa said, "It was a wonderful concert. I have no regrets as an idol." She also commented on her career as an Enka singer, "In the future, I want people to learn [that I was in AKB48] afterwards. I want to continue doing my best with my fans."