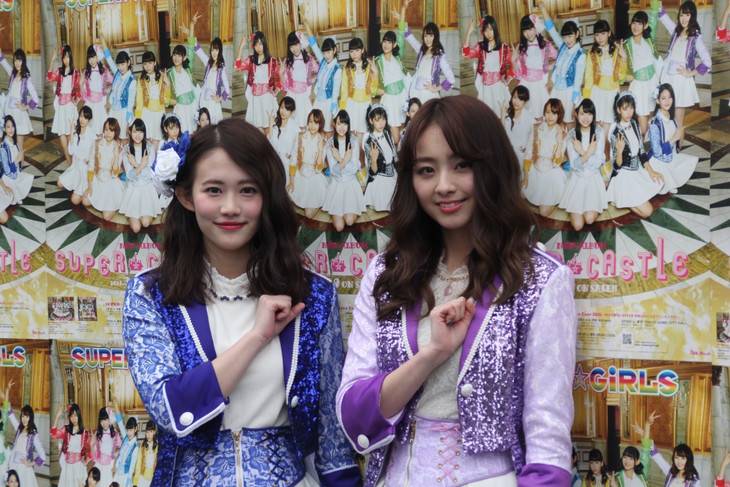 SUPER?GiRLS members Katsuta Rino and Arai Reira will graduate from the group after their concert on June 25 at TOKYO DOME CITY HALL.

This was announced on March 13 during a release event for their latest album "SUPER?CASTLE" at Shinjuku Station Square. In order to pursue her dream of becoming a sportscaster, Katsuta will devote herself to studying the required language and skill. Similarly, Arai wanted this time to think about the changes in her life, which involves working in the fashion industry.

Leader Shimura Rika stated, "We talked about it many times among the members. As a team, we decided to accept the graduation of the two members. We are also filled with a lot of sadness. However, as friends, we decided to accept it." She continued, "There is still a lot of time until June. We would like to give our best during our last live tour, so please continue to support us until the end."

Starting in May, SUPER?GiRLS will embark on their live tour "SUPER?GiRLS Live Tour 2016 ?SUPER?CASTLE Kareinaru 11-nin no Princess-tachi?". This will be the last live with the current members.