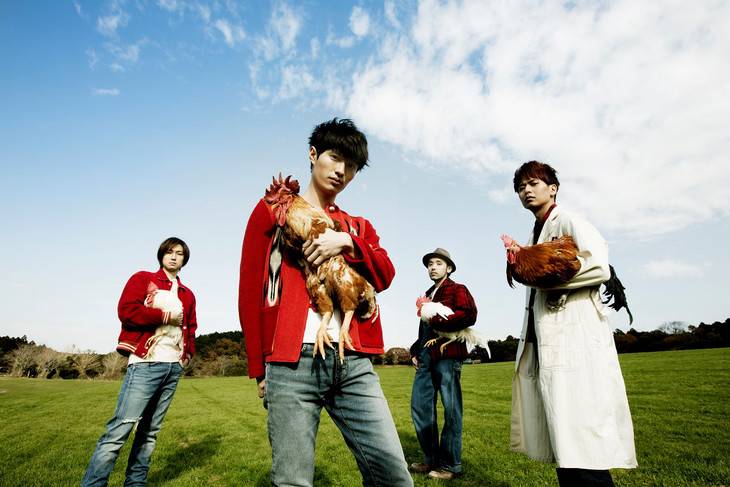 NICO Touches the Walls will be singing the theme song for movie 'Hero Mania -Seikatsu-' that's scheduled to open in theaters on May 7.

'Hero Mania -Seikatsu-' is based on Fukumitsu Shigeyuki's manga "Seikatsu (Kanzen ban)". It's an action comedy film starring Higashide Masahiro as a freeter who forms a vigilante group. Besides Higashide, the movie will star Kubota Masataka, Komatsu Nana, and Kataoka Tsurutaro. It's directed by Toyoshima Keisuke. More details on the theme song, such as the title and release date, will be revealed later.

THE RAMPAGE's RIKU, Kawamura Kazuma & Yoshino Hokuto appear on 'THE FIRST TAKE' for the first time
15 hours ago   0   155